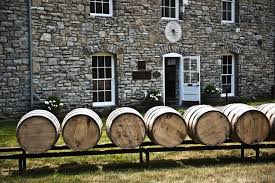 Being a Kentucky-bred, it’s only natural that I would have an affinity to two things – horses (and those of you who have read my blog over the years know that this is true of me) and bourbon. I’ve said before that I suspect that the first inoculation given at birth in Kentucky involves the development of love for horses and bourbon. While it seems that the love of the equine was immediate, the appreciation of bourbon took some time to acquire.

My heritage (as I have recently learned) is Scottish, and Scotch whiskey was the first brown liquor I developed a taste for. Part of my college education was in London, England where I learned to drink Scotch. It was an integral part of my education.

It wasn’t until I was in my very early thirties that I decided it was time to learn more about bourbon. I was so incredibly lucky that my first foray into bourbon was on a recently-introduced, single-barrel bourbon called Blanton’s. Why was I drawn to this particular bourbon? Take a look at the bottle. Seriously! It was the horse and jockey. 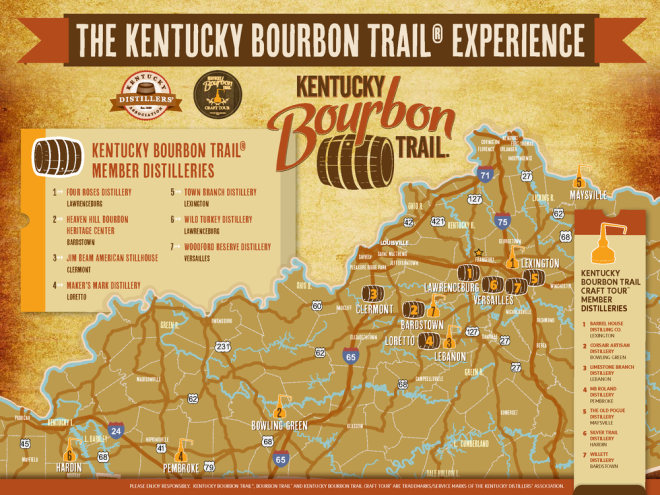 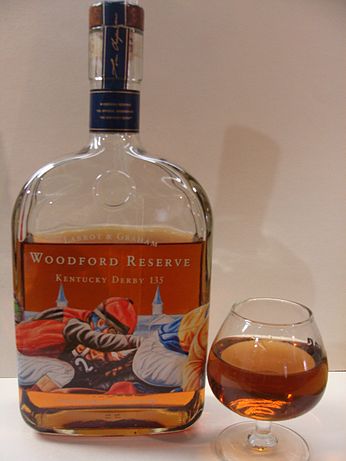 The Official Bourbon of the Kentucky Derby

Master distiller, Chris Morris, was the professor and there were roughly 30 eager pupils.

First, we learned a little about the history of Woodford Reserve. It was originally known as Old Oscar Pepper Distillery, but they began distilling whiskey in 1780 on the banks of a glorious stream. The water is so clear and so pure due to the limestone, it was a natural location to start distilling. The distillery building was erected on site in 1838. It is actually the oldest of all the distilleries in the area, although it was closed for quite a while. Brown-Forman bought the property in 1993 and refurbished it to bring it back into operation. The Woodford Reserve brand was introduced to the market in 1996.

THIS is the water that makes Kentucky Bourbon GREAT!

Oldest Building on Woodford grounds – with the barrel delivery system

We started out, by learning about charring the barrels. The amount of char on the inside of new, American white oak barrels is critical to the taste and quality of the bourbon which comes out. We did our own “char” by building a fire inside a barrel. It was a little too windy, but the visual was sufficient to give a greater understanding of how many different levels there are in making a really top-notch bourbon.

We got to stick our fingers into the developing sour mash. It was amazing the difference in the tastes between the new mash (like a bland breakfast cereal) and the final vat (seriously getting sour and looking on top like someone’s pizza). We saw the gorgeous copper stills and learned about how the process of successive distillations makes the clearest, highest quality distillate. Notice, I didn’t call it bourbon yet. At the point where it comes out of the still, it is just alcohol – or “white dog.” It’s the aging in the oak barrels that turns pure alcohol into bourbon and gives it all those marvelous flavor notes. 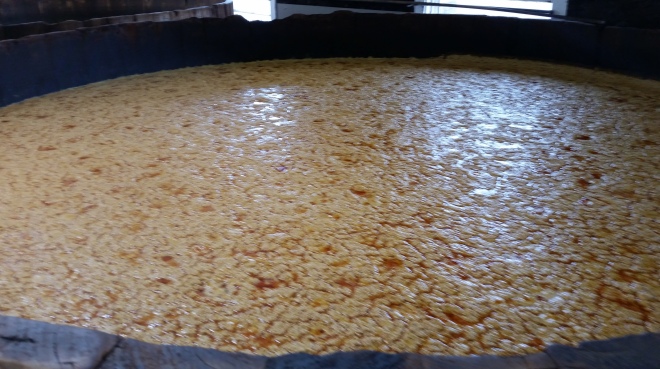 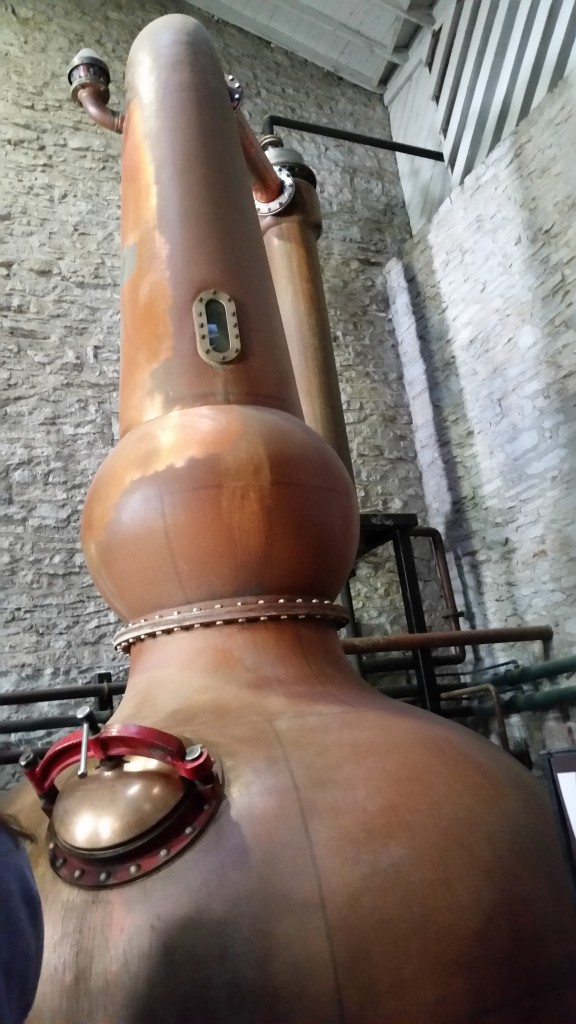 We learned all about the flavor wheel in an exercise, led by resident chef, Ouita Michel (a James Beard Award nominee). Who knew there were so many different flavors to discern in bourbon? We got to taste different nibbles of food paired with bourbon to see how the flavors changed. I had never thought about considering pairing food with bourbon and how different bourbons would go better with certain food items, but I sure learned a thing or two about that. I’m absolutely rethinking Thanksgiving dinner pairings. I think a good bourbon would pair beautifully with all the flavors in turkey and dressing. I absolutely know that bourbon and pecan pie are made for each other.

There was also an exercise about being able to recognize different scents in bourbon as well as taste. It was really nose-opening to smell a cotton ball in a glass with different esters on it and to try and discern what the smell was. One of the funniest responses was “my grandmother’s couch.”

We had an outstanding lunch and got to sample several different bourbons and Woodford’s bottled version of “white dog.” All of the bourbons were from Brown and Foreman’s stable of bourbons. Jim and I both favored Woodford’s Double Oaked – a relative newcomer to their offerings.

All Related – Yet SO Different

Upon graduation, we each got our own bottles of Woodford’s flagship Reserve. These were very special bottles as they have our names and graduation dates etched right into the bottles. What a nice touch!

If you ever consider taking the one-day course, I would emphatically tell you to go for it.

Such a Beautiful Place to Go to Class